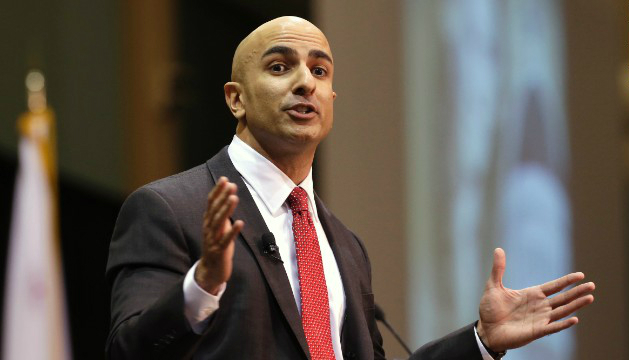 Join us for a conversation with Neel Kashkari, President of the Federal Reserve Bank of Minneapolis. Our morning will include breakfast and a tour of the Minneapolis Fed.

Neel Kashkari took office as president and chief executive officer of the Federal Reserve Bank of Minneapolis on January 1, 2016. In this role, he serves on the Federal Open Market Committee, bringing the Fed’s Ninth District’s perspective to monetary
policy discussions in Washington. In addition to his responsibilities as a monetary policymaker, Kashkari oversees all operations of the bank, including supervision and regulation, and payments services. He is on the Board of the Economic Club of
Minnesota and a member of the Twin Cities PBS (TPT) President’s Council and the Aspen Economic Strategy Group.

From 2006 to 2009, Kashkari served in several senior positions at the U.S. Department of the Treasury. In 2008, he was confirmed as assistant secretary of the Treasury. In this role, he oversaw the Troubled Assets Relief Program (TARP) during the financial crisis. Kashkari received the Alexander Hamilton Award, the Treasury Department’s highest honor for distinguished service.

Following his tenure in Washington, Kashkari returned to California in 2009 and joined PIMCO as managing director and member of the executive office. He left the firm in 2013 to explore returning to public service.

In January 2014, Kashkari was a gubernatorial candidate in the state of California, running on a platform focused on economic opportunity.

* Registration is full for this event

Sorry, this event is sold out.