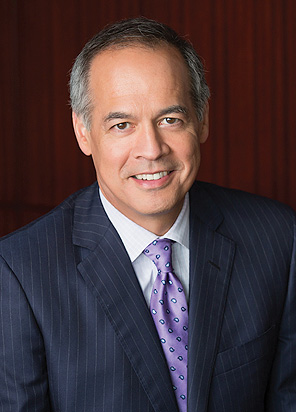 Join us for a conversation with Walter White (WG '86), President and CEO of Allianz Life Insurance Company of North America, on the Alzheimer's crisis, the Allianz Corporate Giving Program, and why Allianz chooses the Alzheimer’s Association as the recipient of the proceeds raised at their annual signature event.

The conversation with Walter will be facilitated by Stu Silberman (WG '93), Sr. Donor Advisor at the Alzheimer's Association.

Prior to his current role, White served as chief administrative officer leading Operations, IT, Compliance, Suitability and the Central Project Office.

Before joining Allianz Life in 2009, White was president of Woodbury Financial Services, a securities broker/dealer, and led the formation of the company after Hartford Life purchased Fortis Financial Group in 2001.

White earned a BA in history from Yale University and an MBA from The Wharton School.