While You Were Out at Red Eye Theater 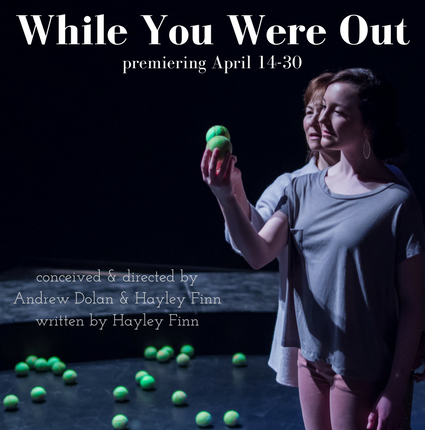 Organized by the Brown Alumni Club

Join us at Lakes and Legends, a hip brewery in downtown Minneapolis for socializing, food and a conversation with the artists starting at 5:30pm.

Then we'll head across the street to the Red Eye Theater to see the world premiere of While You Were Out� (curtain at 7:30pm).

While You Were Out� is a new performance piece by internationally acclaimed theater makers Hayley Finn and Andrew Dolan. The play simultaneously tells the story of a woman at age 28 and age 58. Having lost her mother at a young age, she is thrown into a journey of self-discovery when her mother's personal journal shows up at her door. By splitting the audience into two groups and using broadcast technology to put characters' subconscious thoughts right into audience headphones - the work explores the intersection of narratives about self-discovery, loss, and family. Hayley Finn is a graduate of Brown University with a Masters in Theater. After working with New York's leading playwrights and directing Off-Broadway in New York City for many years, she moved to Minneapolis to direct with the national organization, The Playwrights Center.